About US
Page Menu 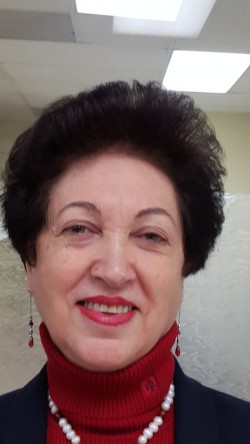 Formerly a lecturer at Kabul University, Afghanistan, Adeena Niazi arrived in Canada in 1988 as a refugee. In 1990, she founded the Afghan Women’s Organization (AWO). Under her leadership, the organization has been active in supporting newcomer women and their families, especially refugees who have experienced war and violence. The AWO, as one of only a few settlement agencies in Canada that are also a sponsorship agreement holder, has sponsored and successfully settled 1000s of refugees. Adeena has managed the AWO for over 27 years, first as president of the working board and then as Executive Director. She served as an elected member of the NGO/Government Committee on Private Sponsorship for 4 years and as a board member on organizations serving newcomer communities including: Refugee Law office, Culture Link, Women in Transition, Afghan Association of Ontario, Women Intercultural Network, Women in Transition, Canadian Centre for Victims of torture, Canadian Council for Refugees, and Better Living Health and Community Services.

Adeena is a strong and dedicated advocate for women and children in Afghanistan. During the Taliban regime, she traveled to Afghanistan regularly to establish and manage educational programs, create home-based trainings, income-generating initiatives, and to open an orphanage for young girls. In partnership with a group of prominent Canadian women, she founded the “National Coalition in Support of Afghan Women” and has advocated for the human rights of Afghan women at international conferences. Adeena contributed to the drafting of the Brussels Proclamation during the Brussels summit of Afghan Women Leaders.

For her years of service and dedication to humanitarian work, Adeena has received numerous awards.  She was honoured with the Order of Ontario (2008); was one of two Afghan Canadians elected to Afghanistan’s Loya Jirga (Grand Assembly) to vote on the transitional government in Kabul (2002), and made McLean Magazine’s Honor Roll as one of Ten Canadians Who Have Made a Difference (2002). Adeena has also been awarded with:

Adeena was featured as one of nine distinguished Muslim women in the Canadian Council of Muslim Women’s book, At My Mother’s Feet.