As part of Canada 150 celebrations, the AWO, with generous funding from the Government of Canada, created a series of digital stories highlighting the lives and experiences of people who have come to Canada as refugees. The storytellers were asked what they felt Canada has given to them and what they have given to Canada. The resulting stories illuminate the diversity of experiences and challenges this group of Canadians have faced and the possibilities for love, growth, and happiness in a new country. 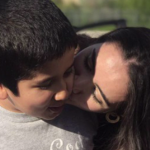 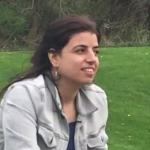 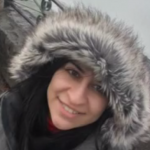 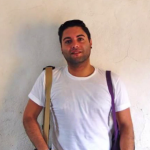 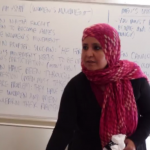 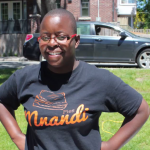 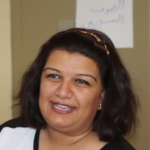 If you would like the storytellers to be part of your event, please contact us at: awo.storytellers@gmail.com.

These digital stories were produced by StoryCentre Canada

Our clients benefit from the settlement services offered through AWO Refugee and Immigrant Services. Accessing housing, education, employment, and social services are a key part in successful settlement. We are pleased to share these client success stories with you.

A recent arrival from Kabul, Afghanistan, Ezzat* was referred to AWO’s youth program by a friend who volunteered with the program. He then introduced his family to AWO’s settlement services and they were connected with their community service providers. His involvement with the youth program supported his studies and helped him to complete his homework. He was introduced to Canadian laws and rights and responsibilities as a Canadian citizen. Through Ezzat’s involvement in the youth program he feels confident he can meet his goals for the future.

Moska* arrived from Afghanistan 2 years ago. She studied law in Afghanistan and had extensive experience working with women. She’s currently working on a Master of Law at York University, but felt she needed more information about Canada’s labour market. Moska felt socially isolated and turned to AWO for support. AWO’s employment services assisted Moska with her job search and supported her while she applied for work. To date, Moska has been interviewed by a company that will be considering her for future opportunities.

“This was made possible by the professional support I received from AWO programs. While I continue tapping into your professional resources for finding job; I would like to thank you all for providing valuable support to me and all newcomers”

Saleh* arrived last year with his family of four from Syria. He had over 15 years of experience marketing in Syria and was doing very well until the war broke out. In Canada, Saleh felt isolated and lost. He didn’t know where to begin. AWO guided Saleh through his job search process, helping to build his confidence and connections to his profession. Saleh was able to find a job in his field within a short period of time. He considers this a turning point in his life and for that he is grateful to AWO’s staff and services.

Gulnoor* is a senior from Afghanistan who lost her husband at a young age. She was left to raise 5 young children on her own during the war, with no income. She never would have believed that the worst crisis was yet to come after arriving in Canada and it would be at the hands of her own children and their spouses. One day Gulnoor was sitting on a park bench crying. She was scared and alone, not wanting to go home and face further abuse from her children. An AWO placement student approached her, speaking a language she understood. Gulnoor was then connected with an AWO counsellor who informed her of her rights in Canada and registered her in seniors programming including the senior language circle, religious programs, and field trips. Gulnoor had access to one on one guidance and assistance with transportation, interpretation, translation, as well as given mental health counselling. Most importantly, she was priority listed for housing and after 3 months was able to start living her life with peace of mind. Today, Gulnoor is still attending classes, will soon attend her Canadian citizenship ceremony, and has become an active support to other seniors new to Canada and experiencing crises.

Statement from the Afghan Women’s Organization Refugee and Settlement Services

In light of recent news of the brutal burning of Afghan asylum seekers in Yazd, Iran, and Iranian border guards killing 45 Afghan migrant workers by forcing them at gunpoint into a mountain torrent on the border, the AWO Refugee and Immigrant Services shares this statement to condemn the continued injustice and dehumanization of Afghan asylum seekers by Iranian authorities. About three million Afghans – including refugees and migrants – live in Iran.

As an organization that has served refugees and immigrants in Canada for 30 years, we are deeply troubled by the international community’s neglect to bring awareness and take action on this issue.

Unfortunately, this is just the latest indignity suffered by the Afghan community in Iran. This is perpetuating the already precarious position that Afghans find themselves due to the decades long historical discrimination of Afghans in Iran. Human Rights Watch has documented numerous violations against Afghan migrants and refugees in Iran, including physical abuse, detention in unsanitary and inhumane conditions, forced payment for transportation and accommodation in deportation camps, forced labour and forced separation of families.

Moreover, during the current global pandemic, there are reports of Iranian officials and healthcare providers denying Afghans treatment and care for COVID-19. It is essential that the Government of Afghanistan, the peace-loving people of Iran and the international community act together to address cases of racism against Afghans in Iran.

It should be recognized that Afghanistan’s ongoing war of over 40 years has created vulnerability and chaos forcing many to migrate to avoid death or persecution, leaving the country with the largest population of refugee/asylum seekers.

The AWO Refugee and Immigrant Services has made efforts in the past to bring these issues to the attention of the Canadian government and has made small gains in resolving refugee cases at risk of unfair treatment by Iranian authorities. It is our hope that the broader community will stand together to continue to spread awareness about the injustices, racism and mistreatment of refugees and asylum seekers globally.